From 4-6pm the festival is distributed throughout Downtown Miami along the Inner Loop Stops of the Metromover and select storefronts in Downtown Miami. From 6-10pm, all festival activities take place in Bayfront Park near the Tina Hills Pavilion and in conjunction with the Bayfront Holiday Village.

The festival is designed to capitalize on the transit system, so why not use that system to get here and avoid the hassle of traffic and parking? You should! 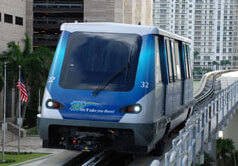 If you need to move around Downtown Miami, the Metromover is an elevated, automatic train that is free of charge. For more information visit the Miami-Dade Transit website. 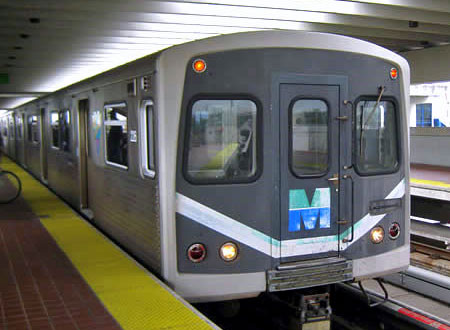 If you wish to avoid commuting to Downtown Miami and parking your vehicle, the MetroRail represents a viable, affordable alternative. There are northbound and southbound lines that traverse a large portion of Miami-Dade County, and connect with the Metromover at Government Center Station in Downtown Miami. Many attendees park their cars at a MetroRail station and commute by train to the festival. For more information visit the Miami-Dade Transit MetroRail website. 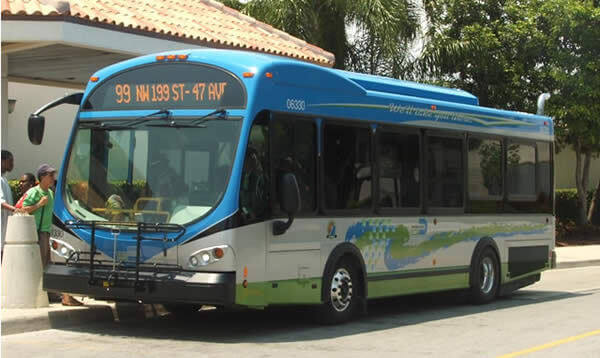 For those attendees staying on South Beach and other locations in Miami, using Miami-Dade Transit’s Bus System is an option to travel to the festival grounds. Buses run 24 hours a day, 7 days a week. For more information, visit the Miami Dade Transit MetroBus website.

It’s the future. Uber and Lyft service all of the 305.

Cycling is a great way to get around Downtown Miami and the city in general. We suggest taking North Miami Avenue, which has a painted bike lane, to NE 2nd Street to reach Bayfront Park. Left your bike at home? Citibike also has plenty of stations in Downtown Miami where you can take advantage of automated, short term bike rentals.

I-95 South to Exit 2A (Biscayne Boulevard) (Exit from the left lane). Follow the signs for Biscayne Blvd. Head straight until the road ends. Turn left onto Biscayne Blvd. The park is 3 blocks down on the right side.

Take US1 North to I-95 North. Take Exit 2A (Biscayne Boulevard). Follow the signs to Biscayne Blvd. Head straight until the road ends. Turn left onto Biscayne Blvd. The park is 3 blocks down on the right side.

FROM WESTBOUND MACARTHUR CAUSEWAY (I-395)

Exit Biscayne Boulevard. Turn left onto Biscayne Blvd.
The entrance is 10 blocks down on the left side.

FROM EASTBOUND ON SR 836 (DOLPHIN EXPRESSWAY)

At end of the expressway continue east onto I-395. Exit on NE 2nd Ave/Biscayne Boulevard. Turn right onto Biscayne Blvd. The park is 9 blocks down on the left side.

Downtown Miami has plentiful street and garage parking. Here is a map that identifies many of the options available to you with easy access to the Public Transit system.